A fungus that has been harvested for generations across the globe, the Chaga Mushroom (or Inonotus obliquus), has been gaining popularity in recent years due to it's purported medicinal benefits, and healing properties.

Most often consumed as a tea or tincture, chaga can be found around the world in Russia, Northern Europe, Canada, and the United States. This means that with a little bit of education anyone can start harvesting chaga for their own personal use if they wanted to!

So What Is Chaga?

While it's fine and dandy that chaga is considered a natural health product, and can be purchased whole, ground, or in various preparations, most people lack a general understanding of what chaga actually is.

Chaga is found in Northern climates, and grows wild in Russia, China, Northern Europe, and North America. A species of parasitic fungus that grows on white and yellow birch trees as well as oak, poplar, beech, and alder, chaga will infect and live of it's host tree anywhere from 10 to 80 years before eventually killing the host tree.

Never harvest chaga of a dead or rotting tree, it should always be harvested from live birch and be at least the size of a grapefruit. - Chef Markus Mueller

During it's life cycle chaga will form a black, sterile tumor (or 'canker') that grows on the outside of the tree, as the parasite infects the heartwood.

Easy to harvest year round, the chaga fungus is particularly easy to spot in winter, when there are no leaves to obscure tree trunks. The distinct black canker stands out well in contrast to the white snow, and light bark of birch trees.

The harvested chaga mushroom is dried, and then broken into smaller pieces or ground into a fine powder for use in chaga tea, tinctures and decoctions.

Related:  How To Make Chaga Tea At Home

As with any natural health product, you should always consult your physician or doctor before consuming chaga for medicinal purposes. The contents of this article are for informational purposes only, and should not be considered medical advice or information.

Chaga has been used by indigenous tribes for both spiritual and medicinal applications , and has in recent years been approved by Health Canada for use as a natural health product along with dosage recommendations. While little scientific research has been done to confirm the effectiveness of chaga as a medicinal ingredient in humans, it's proven time and again to be a popular herbal remedy for many seeking to reconnect with nature and live a healthier lifestyle.

Due to chaga containing record levels of antioxidents, nutirients, minerals, and phyto-nutrients consuming chaga has been linked to:

Whether or not Chaga will work as a cure for everyone, it's high contene of vitamins and minerals, is enough of a reason to consume a little every day.

Only larger mature pieces of Chaga taken from the Birch tree will host enough medicine to benefit the human body.  Chaga from other species of trees do not have the same constituents as those found in the Birch family.  - Blair & Heather from Annada Chaga

Side Effects of Consuming Chaga

As chaga has been shown to potentially lower blood sugar, you should consult a licensed pysician or doctor if taking insulin, or other diabetic medications.

Chaga grows on birch trees, so anyone with an allergy to birch should avoid consuming chaga.

Harvesting Chaga For Personal Use

Chaga is found naturally throughout North America, as well as Northern Europe, and Russia. As mentioned above, Chaga is surprisingly easy to forage for and harvest. Chaga can be harvested year-round, but is especially suited to foraging in winter, as it is very easily spotted in a snowy forest, and is immune to ice and snow. The black wrinkled looking canker, grows on all species of birch, though only chaga found growing on white birch should be harvested to eliminate the chance of harvesting false or fools chaga.

Chaga is easily identified by its charcoal black color and wrinkled appearance. Once broken open chaga has a distinctively orange core that is almost woody in nature. The black outer color comes from the extremely high levels of melanin in the outer layer of the canker.

When hunting for chaga, it is best to plan a day trip and set aside a good portion of the day for your excursion. You'll need to bring a pack to carry the harvested chaga in, as well as a sturdy knife, hatchet or axe, to harvest the chaga from the birch.  A hatchet or axe can be used to easily knock the tough fungus from the trunk the tree easily. Take caution if climbing to reach chaga, as it can grow quite high up, and you don't want to fall!

Never harvest chaga from a dead or fallen tree, as the canker is only sterile and live while the tree lives. Once the host birch dies, the chaga mushroom will die along with it and develop fruiting bodies to spread to another host.

Once you have located and identified a birch tree growing chaga, make sure the chaga mushroom is at least the size of a grapefruit, (the larger the better) before harvesting. Larger chaga mushrooms will have a higher concentration of nutrients, as the mushroom has had a much longer time to develop and store nutrients.

Chaga is also extremely slow growing, and can take up to 15 years before reaching a harvest-able size.  Leave the smaller specimens to grow and develop for future trips into the forest.

When harvesting the chaga itself, try and one third of the mushroom attached to the tree as it will continue to grow allowing for a future harvest.

Once the chaga has been harvested, it will need to be cleaned and dried before it can be used to brew tea or made into an extract or tincture. Clean the Chaga with these three simple steps.

Once dried, the chaga should be stored in an airtight container to prevent it from absorbing moisture from the air. Mason Jars are ideal for this but any large crock or air tight container may be used.

To make storage and future use even easier, you can grind up the chaga chunks into a fine powder which can be used to brew chaga tea, and is easily stored in a kitchen cupboard. Besides being used to make tea and various tinctures, ground chaga can also be used directly in stews, or pureed into smoothies!

Can I Simply Buy Chaga?

Yes of course! If heading into the woods to look for a funky looking fungus isn't your cup of tea, you can still benefit from this wonderful mushroom. As with any natural health product it is best to purchase chaga from a reputable supplier.

In my research I have found Annada Chaga to be of the highest quality. Hand harvested from the wild Boreal Forests of Northwestern Ontario it is guaranteed to be 100% organic and lab tested safe by Ecocert Canada. You can rest assured that purchasing Annada Chaga will provide you with a high quality product that is safe for consumption.

You can Browse and Purchase Annada Chaga Products Here

Other Uses For Chaga

Dried Chaga makes an excellent fire or tinder fungus. While horse hoof fungus, also know as tinder polypore (fomes fomentarius) is more commonly used as a fire starter, chaga has the exceptional ability of holding an ember for extended periods of time.

Once lit, chaga will smolder until the spark has burned its way through the entire mushroom. This can take hours depending on the size of the fungus. This makes chaga ideal for carrying a camp fire through the woods on a hike or long excursion. Simply lite the chaga and let it start to smolder, then place it in a tin can, or other fire proof container and carry it along with you.

To start a new fire you simply need to hold some dry grass, slivers of birch bark or other tinder to the smoldering chaga, and blow on it to let the tinder catch fire. 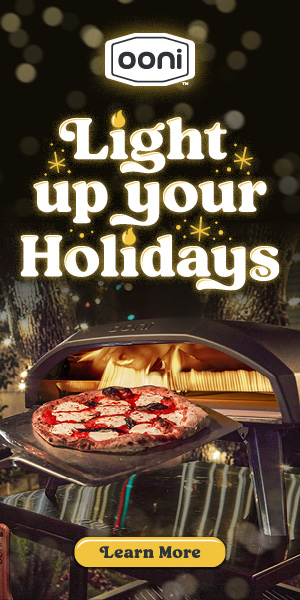